This is one of the beautiful trek in the world. At the entry of valley of flower trek you will have a mesmerizing view of vast valley full of flowers and buds. The trek is so beautiful that you will fall in love with scent of flowers in the valley and will go with the lifetime memories which you will cherish lifetime. Valley of flower is a moderate trek and good for beginners too (but have to do some preparation before the trek). In this trek you reach to the maximum altitude of 1440 ft. Valley of flower trek also known for Hemkund Sahib. This is one of the trek where you are advisable to go at the raining season. This trek will amaze you at every moment. At the rain, scented breeze and beautiful landscapes will make you trek memorable.

Valley of Flower is a gift of God, which is full of Natural beauty , situated at an altitude of 11000 ft to 12000 above sea level in Chamoli Garhwal district of Uttarakhand. This valley consist various kind of flowers which starts blooming in the month of  June, most of the months this valley covered by thick layer of snow, best time to visit this valley is July & August, it is 10 km long & 2 km wide valley, 3km distances from Ghangaria.

This valley founded by Frank S. Smythe, when they are returning from successful MT. Kamet Expedition in 1931, lost their route & reached hear. They were shocked when they saw many kind of beautiful flowers here, named it “Valley of Flower”later he written a book on it.

Beside of this valley is Hemkund shrine (15197 ft) famous pilgrimage destination for Sikh religion, from where we can see snow clad peaks , a beautiful lake &

Gurudwara. Around the lake we can see bhramkamal, state flower of Uttarakhand. It is 6 km quiet ascend trek from Ghangaria, you can also reach there by pony.

• Any cost Arising due to bad weather, Road block or any other reason which beyond control.

May You Visit More Similar Packages 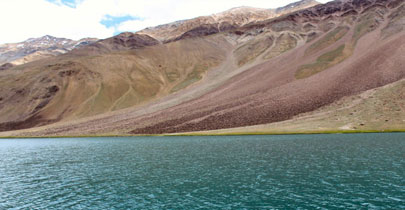 Get a free quote for your travelling solutions, We are here 24X7.

Get a free quote for your travelling solutions, We are here 24X7.